Bandi Sanjay Kumar’s most recent news is available here. Information about a person’s life, including their biography, wiki, age, profession, and academic background. Sanjay Kumar Bandi is a member of the Bharatiya Janata Party and the Indian Parliament. In the 17th Lok Sabha, representing the Telangana district of Karimnagar, he was elected in 2019. He has racked up six convictions and is now financially responsible for 13,41,800 Indian Rupees. 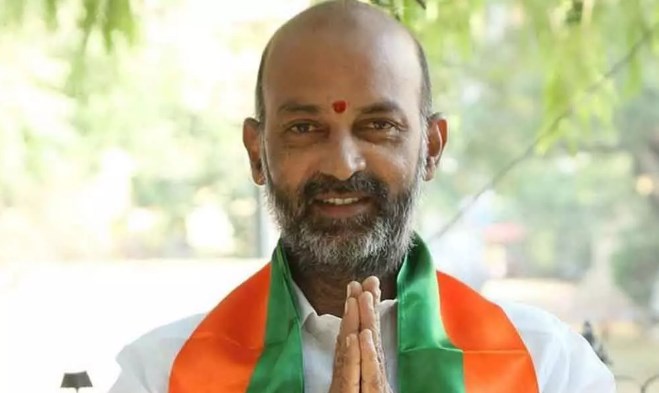 He is the state of Telangana’s most prominent politician. Bandi Sanjay, a first-time lawmaker representing the constituency of Karimanagar, has been chosen to lead the Bharatiya Janata Party in Telangana in 2020. The Karimnagar MP rose to prominence due to his close ties to the Rastriya Swayamsewak Sangh (RSS) and his convincing victory in parliamentary elections in a region often regarded as a stronghold of the Telangana Rastra Samithi (TRS).

He was born in Karimnagar on July 11, 1971, to the late B. Narasiah and B. Shakunthala. He graduated from Karimnagar’s Sri Saraswathi Shishumandir Unnata Paatashaala in 1986 with an SSC. He graduated with a Master of Arts in 2014 from Madhurai Kamaraj University in Tamil Nadu.
Sanjay was also a prominent member of the Rashtriya Swayamsevak Sangh (RSS) when he was a young man. Sanjay became Town-President and State-Executive Member of the RSS student branch, the Akhil Bharatiya Vidyarthi Parishad (ABVP). He also participated in the BJP’s Youth Wing, the Yuva Morcha.

Mr. Bandi Sanjay Kumar served as a municipal corporation for Karimnagar three times in 2005, and he ran against TRS candidate Gangula Kamalakar for the Karimnagar Assembly segment in both the 2014 and 2018 elections, losing both times. Sanjay won the 2018 Assembly elections in the Karimnagar Assembly segment with 66,009 votes, the most any BJP candidate in the state received. On 11 March 2020, he was named Chief of the Telangana BJP by the BJP’s central leadership. The All India Institute of Medical Science (AIIMS) in Bibinagar, Hyderabad, Telangana, where he will serve as a Board Member in 2020, is another of his professional commitments.