Best Telugu Horror Movies on Youtube: Movies may easily be viewed on Youtube, and everyone knows it’s free. YouTube has a plethora of videos that can be seen indefinitely. If you enjoy scary movies but have run out of ideas, allow me to assist you. 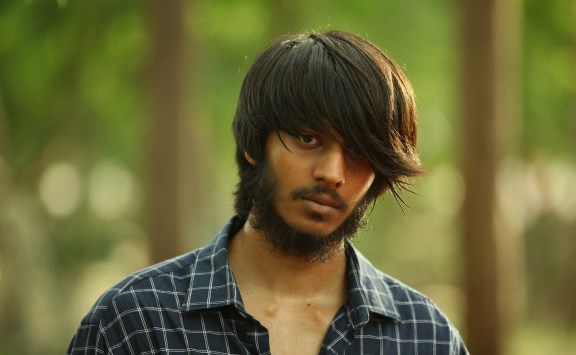 Check out our list of the top 10 Telugu horror flicks available to stream right now!

The 2015 horror film Pisachi may be watched for free on YouTube.

One day, Sidhharth (Naga), a violinist at one of the film music directors, tries to save a girl who is fighting for her life but loses her battle in his hands. This tragedy upsets him greatly, but the shocking twist in the story is that the girl’s soul, Bhavani, then enters Sidhharth’s apartment and tortures him.
In conclusion, the rest of the story explains why she goes to Siddharth’s residence.
Pisachi is a well-known film because it was a commercial success and because it represents a new genre of horror cinema.
It’s a youtube horror film that everyone should watch.

The supernatural suspense film Ezra premiered in 2017 and may be viewed on YouTube.

An urban couple, Ranjan Mathews (prithvi raj) and Priya (Priya Anand), have lately relocated to Kochi from Mumbai.
Ranjan Mathews, on the other hand, is a shipping industry employee.
location where the couple is staying in a vintage home in Kochi.
There, they encounter mysterious forces and see several ghosts.
When all is said and done, the story is about how Ranjan figures out the secret.

Telugu horror film The End premiered in 2014 and can be seen on YouTube.

Former homeowner Rajeev Mathews (Sudheer Reddy) and his wife Priya (Pavani Reddy) are software engineers who now make their home in the abandoned house on the outskirts of town.
After Rajeev’s buddy Gautham arrives from Goa, however, Rajeev ends up in the hospital and informs Priya that she is possessed by demons.
On the other hand, Rajeev and Gautham proceeded to the farm house to confront Priya, but things went horribly wrong when Rajeev accidently killed Priya.
The narrative concludes with how the two manage to escape the terrifying mansion.
Several parts of the film The End are worth seeing. If you can help it, try not to miss it.

The 2015 telugu horror film Mayuri can be viewed in its entirety on YouTube.

Mayuri (Nayanathtara), a junior artist for advertising films, struggles financially and is a single mother. however The plot twist occurs when she goes to see a horror film by herself at the theatre in the hopes of winning 5 million Indian rupees, only to find out that the events depicted in the film are eerily similar to her own life.
Finally, how does a film relate to mayuri everyday life? If you knew her history, what would you think? The identity of maaya remains a mystery. It’s the rest of the tale.
Mayuri was the most successful horror film ever when it was released. Stay Away from It.

The 2019 horror film Lisaa can be seen on YouTube.

Anjali Shroff as Lisa, a young woman who wants to move to the United States but is concerned about her widowed mother. where Lisa wants to marry again against her mother’s objections.
Lissa has little option but to travel to her grandparents’ hamlet in an effort to persuade her mother to wed, but things take an unexpected turn there.
The question remains, how can she find a way to resolve this issue? What kind of problems is she having? If you’re interested in finding out where Lissa’s narrative goes from here, you shouldn’t miss Lissa’s movie.