Hotstar Telugu Movies 2022: Disney+ Hotstar is one of the most popular OTT services in India in terms of viewership. The OTT provides movies in all Indian regional languages, including Telugu, Hindi, Tamil, Kannada, Malayalam, and Marathi, among others. In addition to movies, Hotstar users mostly like watching TV Serials, TV Shows, Cricket, IPL, Kabaddi, and a variety of other programming. 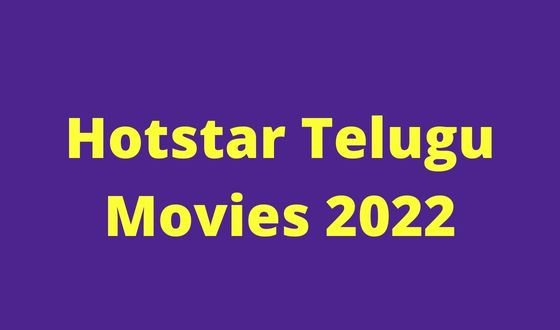 The Telugu population is aware that Hotstar is the top streaming service for both free and paid subscriptions. With unlimited Telugu films, Telugu-dubbed English films, shows, and children’s programming, Disney+ Hotstar leads the Indian OTT market.

Disney+ Hotstar is the top digital streaming network in India, with over 28 million paid members in numerous regional languages, including Hindi, Telugu, Tamil, Kannada, Malayalam, Marathi, Bengali, and others. Star India, a subsidiary of The Walt Disney Company India, currently owns and operates this platform.
Since Disney+ Hotstar is India’s first video-on-demand service, it has the largest number of subscribers across all OTT services. The primary purpose of this page is to assist our visitors in locating the digital release date of the next Telugu film on Hotstar. Now, let’s search for New Telugu Films on the Disney+ Hotstar India OTT.

Disney+ Hotstar is India’s premier OTT streaming service with international standards for seeing the most recent Telugu films in 2021. As Disney owns the platform, hundreds of Disney films are available in Indian regional languages. Moreover, it provides animated stories and education for children. In India, many family audiences choose Hotstar because to their brand and criteria for selecting the greatest material.