Suriya Telugu Dubbed Movies List 2022: Many of Suriya’s films, including Aakaasam Nee Haddhu Ra, 24, Ghajini, Veedokkade, Surya S/o Krishnan, and Singam, have been dubbed into Telugu, making him a household name in that language. Not only in Tamil Nadu, but all over South India, he is a well-known celebrity. 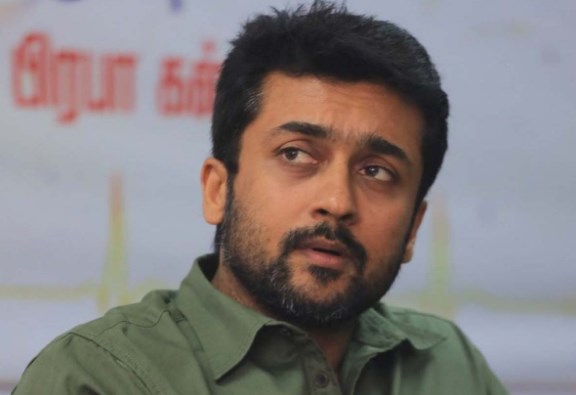 On July 23, 1975, Saravanan Sivakumar entered the world in Chennai, TamilNadu, India. He has established himself as a leading man in South Indian cinema. Surya now serves in the Tamil film industry. Nerukku Ner (1997) was his first feature film.

Nerukku Ner, Suriya’s first film, came out in 1997. In recognition of his stellar acting, Surya has been nominated for and won a slew of awards for his roles in critically acclaimed films like Ghajini, Perazhagan, Kaakha Kaakha, Singam, Singam II, S3, Ayan, 7aum Arivu, Maattrraan, and 24.

His education culminated in a Bachelor of Commerce from the University of Madras after he graduated from The PSBB Millennium School in Coimbatore and St. Bede’s Anglo Indian Higher Secondary School in Chennai. As of the year 2018, he will be 42 years old. His actor father and actress mom are Sivakumar and Lakshmi. His younger sibling’s name is Karthik Sivakumar, but everyone calls him “Karthi” (Also an Actor). It’s no secret that Kamal Hassan and Rajinikanth are two of Shiva’s all-time favourite actors. In the acting world, Trisha is the top pick.

One of the most anticipated movies of late is Aakasam Ne Haddu Raa. This movie, which features Suriya in a leading role, is now available on Amazon Prime. The narrative focuses on the struggles and triumphs that Chandra Mahesh endures as he works to establish Deccan Air.

A scientist named Shiva Kumara (Suriya) creates a time machine in the form of a wristwatch. Shiva’s brother Athreya(Suriya) kills Shiva Kumar and his wife because he wants the watch for himself and the potential income it could bring in (Nitha Menen). Shiva Kumar manages to protect both the watch and his son, then gives them to Saranya. After waiting 25 years, Athreya eventually tracks down the watch, which is now in the possession of Mani(Suriya), Shiva Kumar’s son. While doing this, Mani learns about the watch’s power and Athreya’s villainous plot. How Mani overcomes his fear of Athreya and rescues the watch is the rest of the narrative.

In the film ‘Singam,’ Tamil superstar Suriya plays the part of the courageous police officer Narasimham. The film is the follow-up to the critically acclaimed ‘Yamudu. The film stars Anushka and Hansika, and Hari helms the project.

Veedokkade is an action-adventure film set against the backdrop of friendship and the diamond trafficking industry. Surya, Tamanna, and a well-written, commercially successful script are the film’s strengths.

Many of Surya’s Telugu admirers count “Sillunu Oru kadhal” (A Cool Lover Story) among their favourite movies. The movie’s three main characters are some of the most vividly realised in cinema history.

‘Surya S/o Krishnana’ is a movie done with some feel and emotion. It’s a movie of experiences and more over it is a narrative of father-son emotion. Surya played in dual character as father and son to communicate in macro level. The hard effort done by him is definitely obvious and the credit goes to him and director Goutham Menon also.

Surya was fantastic in Bala’s Siva Putrudu. Suriya is believable in the role of the street-wise person with extraordinary humanity. In the first part of the story, he is presented as a trickster, but his humanity emerges in the second. When it comes to his love/teasing episodes with Laila, Surya is just as swoon-worthy.