Are you a cinephile looking for Telugu movie satellite rights and world television premiere dates for 2022? if so, this article is for you. Here is a list of the 2022 World Television premieres for forthcoming Telugu films. Therefore, you can discover The Latest Telugu Television Premieres information in this site, which will be updated frequently. 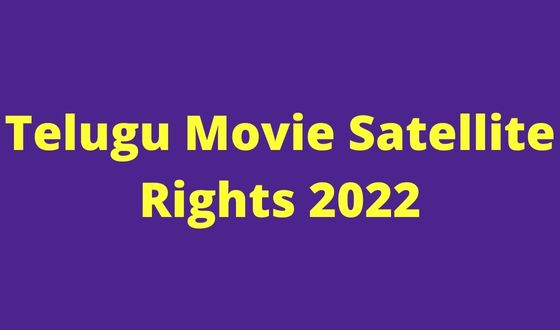 Below is a list of Telugu films that have already been released in theatres and are awaiting their World Television Premieres on Gemini TV, ZEE Telugu, and Star Maa.

Below is a list of unreleased Telugu films in theatres whose satellite rights have already been acquired by the following television networks.

What are Movie Satellite Rights?

In accordance with the agreement, once a picture has completed its theatrical run and 90% of theatre owners plan to discontinue displaying it, the film’s producers allow TV stations to premiere the film on tiny screens. Due to the competitive nature of the TV industry, television networks are negotiating deals with film producers before the film’s premiere. However, the majority of films will settle their contracts after their release. The globe television premieres of any Super Hit film will typically occur two to three months following the film’s theatrical release. The distance between theatres and television is dependent on the film’s success and the terms of the arrangement.

What Are The Top 5 Telugu Channels for Latest Movies?

Which Telugu TV Channel has bought the Satellite Rights of Vakeel Saab?

What is the Ala Vaikuthapurramuloo TRP rating?

The film Ala Vaikuthapurramuloo received a TRP rating of 29.4 on its debut.

Which is the Top Telugu Movie in TRP?

Ala Vaikuthapurramuloo has the highest TRP rating of any film to date.

What is the Highest TRP for a Telugu movie till date?

TRP for Ala Vaikuthapurramuloo is 29.4, which is the highest TRP for a Telugu film to date.

The producers have yet to disclose the RRR Satellite Rights.