Telugu Movies Hits and Flops 2022: Any film’s success or failure hinges on how well its story connects with viewers. However, whether or not the film ends up being a flop depends on how well it is received after its first release. Despite the common belief that only movies with prominent stars will succeed at the box office, Tollywood has produced many films that were commercially successful (100 percent recovery). Therefore, the success or failure of a Telugu film is determined solely by its financial returns, both during its theatrical run and in the weeks leading up to its release. 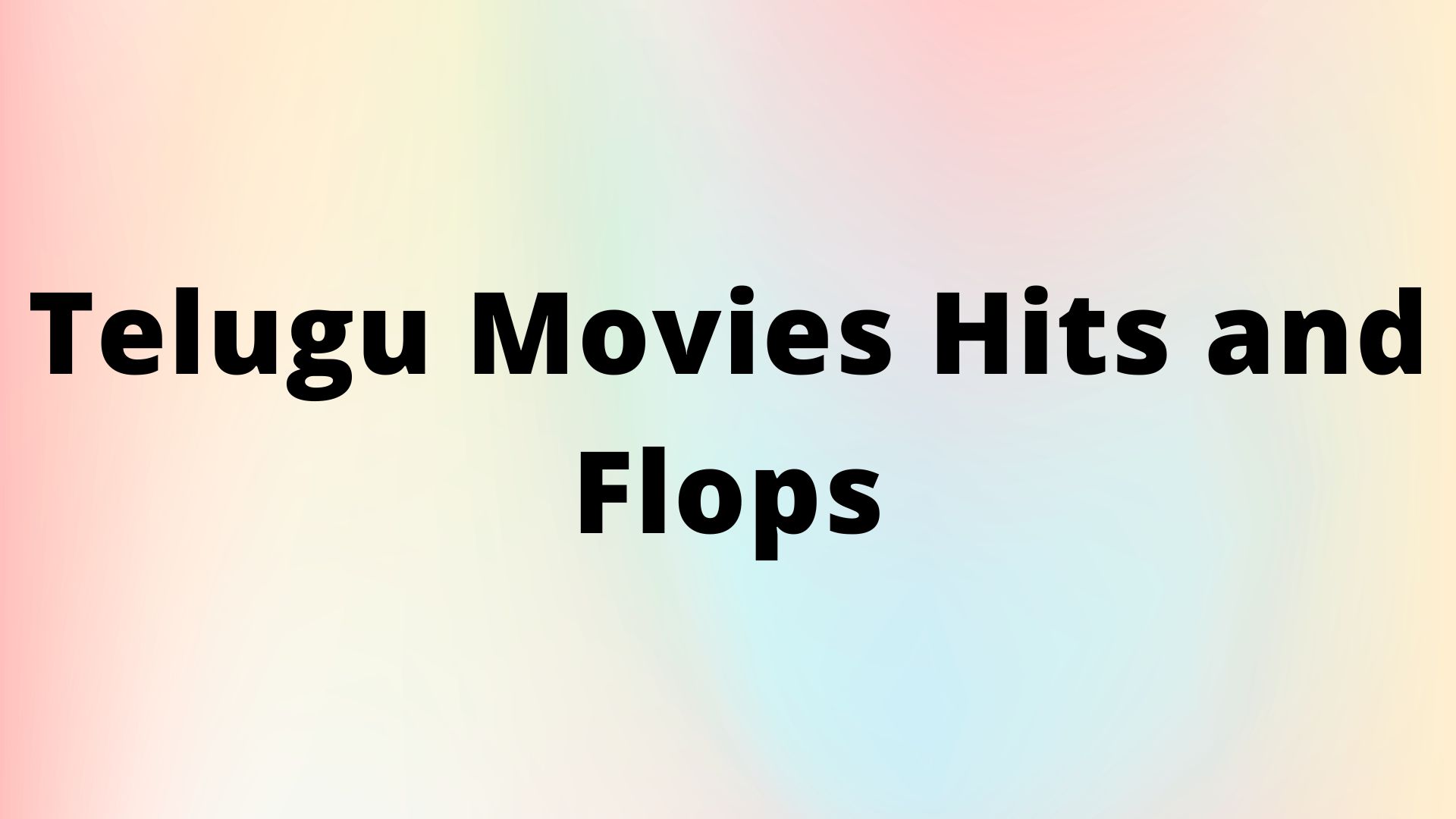 There is a large global audience for Tollywood films because of the popularity of their lead actors. Regardless of the naysayers, movies starring these performers have a better chance of being financially successful. As a result, there will be a great deal of anticipation among major production companies. However, the story and additional commercial components are everything for the Tier 2 and Tier 3 actors of Telugu Cinema. The complete list of successful and unsuccessful films released in Telugu in 2022 can be seen below.

Many Super Hits and Blockbuster movies came out of Tollywood in 2022. Though 2022 will go down in history as a banner year for Telugu films, the epidemic has slowed production and distribution. Cinema, however, has been proven to be the ultimate source of entertainment by films such as Bangarraju, DJ Tillu, Pushpa, and Akhanda.

Many Super Hits and Blockbuster movies came out of Tollywood in 2021. It’s true that 2021 will be a great year for Telugu films, but the epidemic has slowed down the production of new films. Movies like “Krack,” “RED,” “Master,” “Uppena,” “Jathi Ratnalu,” “Naandhi,” “A1 Express,” and “Vakeel Saab” showed, however, that cinema is the best kind of pleasure available.

All Time Industry Hits are nothing but the movies that have made the highest collection than all prior movies in that language. Since its box office earnings surpassed those of Bahubali: The Beginning and Bahubali: The Conclusion in many AP and Telangana cities, Ala Vaikunthapurramuloo may be considered a true industry classic.