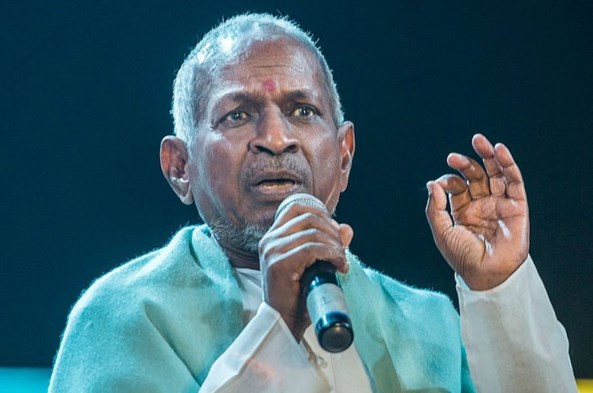 Ilayaraja is regarded as one of India’s most seasoned artists. As a result of Melody, he became well-known. Ilayaraja was dubbed “The Musical Maestro” and won a slew of national honours for his work. Since he was born and raised in Tamil Nadu, he naturally began his career providing musical scores for Tamil movies. Almost the course of his career, he wrote over 7,000 songs.

DSP, or Devi Sri Prasad, is a household name in the Tollywood film industry. In all likelihood, he has composed the score for every major Telugu film ever made. In 1997, he released his debut work, the eight tracks that make up the album Dance Party. Over the course of 20 years, He provided the score for 100 separate films. There isn’t a bar in Telugu states that hasn’t played at least one of his songs.

Coduri Marakathamani Keeravani is well-known as a composer of scores for Telugu movies. No Telugu speaker could possibly be unaware of his fame. Other languages like Tamil, Kannada, Malayalam, and Hindi benefited from his efforts as well. In 1987, Keeravani began his career as K. Chakravarthy’s assistant director. He won the National Film fare Award for Annamayya back in 1997. Thereafter, he receives numerous cinema prizes, nandi awards, etc.

Mani Sharma is better known by his stage name, Swara Brahma, due to the fact that he has composed a plethora of enduring Telugu melodies. He was born in Machilipatnam, Andhra pradesh, under the name Yanamandra Venkata Subramanya Sharma. He has been a successful composer in the south since 1992, winning multiple Filmfare awards for his work.

Happy Days was Mickey J. Mayers’ first major commercial success. After that, he appeared in a string of box office smashes including Leader, A AA, Brahmotsavam, Seethamma Vaakitlo sirimallechettu, Mahanti, Mukuda, Gaddalakonda Ganesh, etc. He is famous for blending Western and traditional Indian music styles. Shaymsingaroy and Prabh and Nagashwin’s untitled film are two of the forthcoming blockbusters he will star in.

His real name is Enoch Rubens, but he goes by the stage name Anup Rubens. He began his career as a composer in 2004. Jai, directed by Teja, included his composing debut. But he went on to have success with films like Ishq, Gundejaari Gallanthayyindhe, Manam, Temper, Gopala Gopala, Katamrayudu, etc., for which he received little to no attention at the time.

The once-great music director Chakri passed away in 2014. Born in the Mahabubnagar district of Telangana in 1974, his real name is Gilla Chakradhar. He got his start in the industry with Puri jagannath’s 2000 film “Bach.” The film Satyam included Chakri’s vocals, and he won the Filmfare award for best playback male singer (2003)

When it comes to Telugu music, Thaman is now at the top of the list. He also sings in the studio. At age 9, he began studying music under S.P. balasubramanyam and G. Anand. It was in the supporting role in Bhairava dveepam (1994) that Thaman first entered the spotlight. A string of successful films, beginning with Kick (2009) and continuing through Vakeel Saab, followed (2021).

RP In his maiden film, Neekosam, Patnaik established himself as a major player in the tamil film industry as a music director (1999). At initially, he intended to work his way up to director. With the film Nuvvu Nenu, he became the most successful music director in 2001. A major portion of Patnaik’s repertoire consists of his vocal performances.

When it comes to music production, Rehaman is the best in practically every language. Rehamn began his career in 1967 by producing jingles for advertisements for prestigious watch brands. Over the course of his 28-year career, rehaman composed the scores for more than 145 films in every major language.