Vangalapudi Anitha Biography: When she was in office, Anitha (TDP) represented the residents of the Payakaraopet Assembly Constituency in the Visakhapatnam district of Andhra Pradesh. Currently, she is the president of the women’s wing of the TDP (Telugu Desam Party) and acts as the party’s official spokesperson. She was defeated by Taneti Vanitha in 2019 statewide elections. 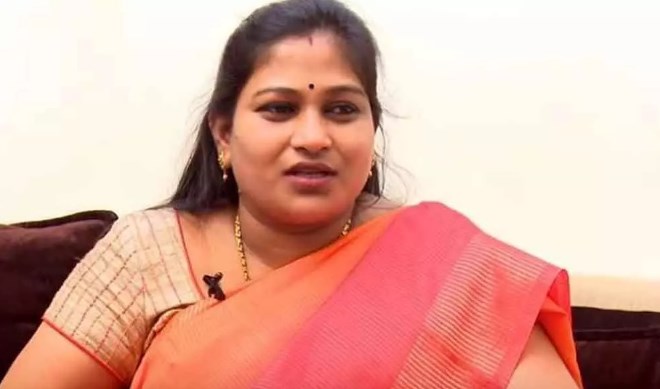 Anitha, the TDP leader, also heads the party’s women’s organisation, known as Telugu Mahila. In Andhra Pradesh politics, she is a major voice. She also frequently takes part in TV discussions and press conferences. Both Anitha Vangalapudi’s Master of Arts and Bachelor of Education were earned at Andhra University in Visakhapatnam. She was an APOSS instructor before she entered politics full-time (Andhra Pradesh Open School Society).

Anitha Vangalapudi was elected to represent the Payakaraopet assembly constituency in Andhra Pradesh in the state legislature in the 2014 general election. This area is designated for voters from the Scheduled Castes. She ran in the 2019 general election from the Kovvur constituency, however she was defeated by Taneti Vanitha of the YSRCP. But she is making great strides in politics as a major member of the TDP.

She currently holds the position of Telugu Mahila State President and is the party’s official spokesperson.

Among the AP state political leaders, Anitha stands out for being one of the few people with a graduate degree. She has an MA in Literature and an MEd in Education from Andhra University (2009). (Master Of Education, Ambedkar University, 2011)

She is from a low-caste Hindu household in India. She belongs to the Madiga sub-caste (SC).